Up relatively early for once! I had the Japanese breakfast this morning. Then off out to the furtherr along subway to get to Kyoto station. Just as the day before there were private policemen directing traffic in the Geisha district. I think the horse racing was on again. Lots of Japanese flags out, i think it was the Emperors birthday. We got to the furthest away subway and headed a couple of stops to Kyoto station then the train to Shin Osaka. With out trusty JR pass we transfered to Osaka station and then to the Osaka loop. 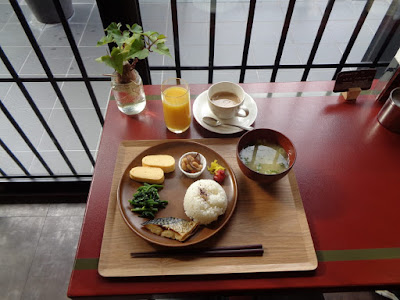 We got off at the stop for Osaka castle and walked across. There was a boy band plaing int he hall near the castle so there were hoards of young females with fans which had pictures of their favourite band members on them. The castle itself and the grounds were impressive but it did feel a bit of a tourist trap. We paid the entrance fee 600 yen and i dont grudge it but the displays were all around a central staircase and it was mostly letters and replicas of letters with not too much context. Great view from  the top though and nice postcards too! 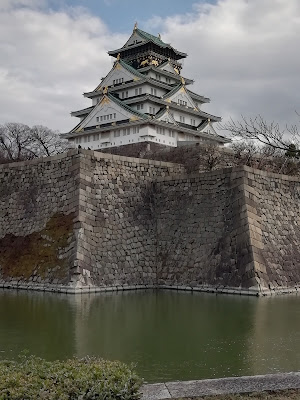 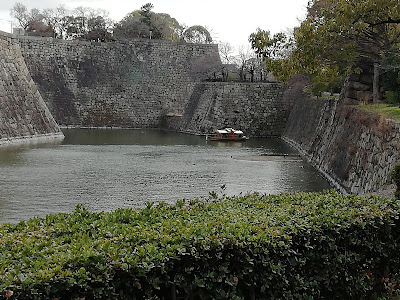 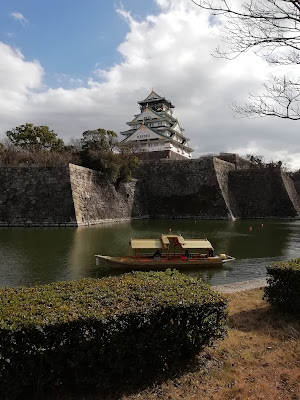 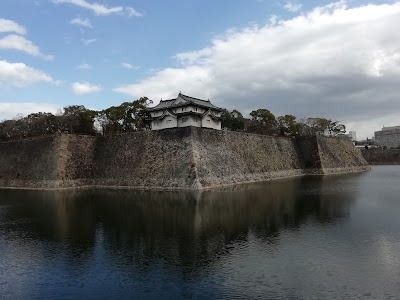 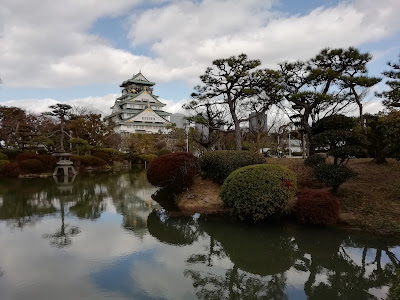 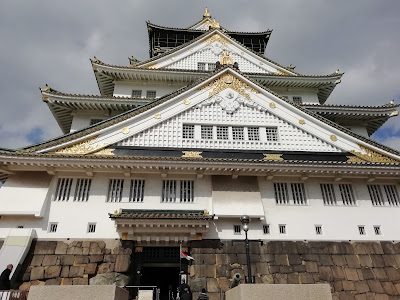 There were also museum stamps! 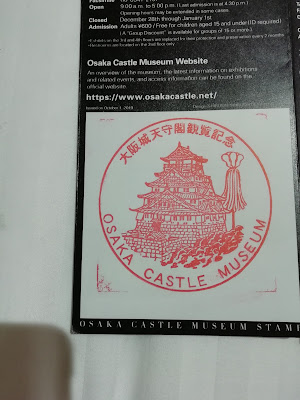 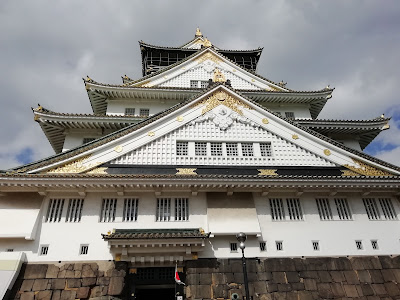 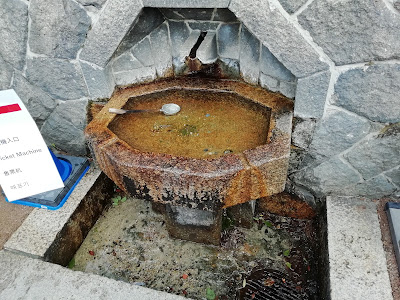 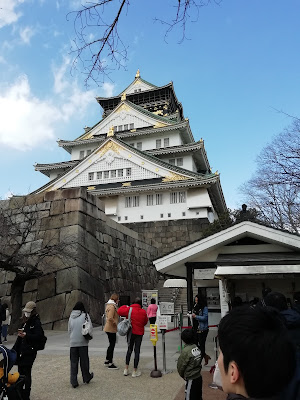 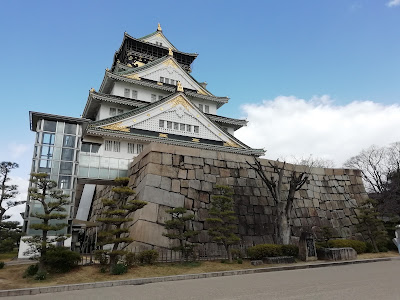 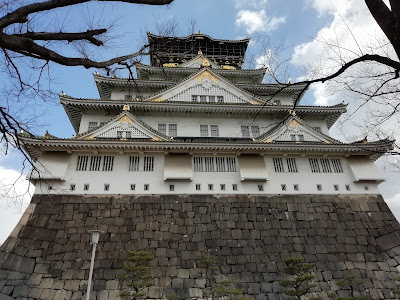 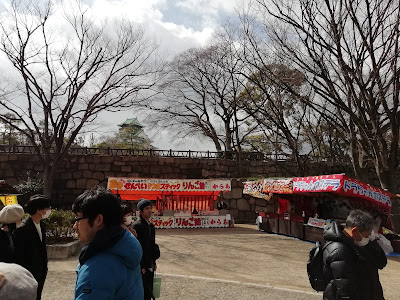 After the Castle we found the Hokoku shrine and i got a stamp! really loving the stampy thing. 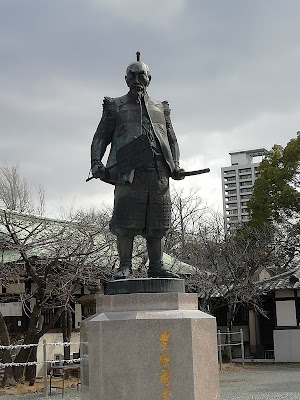 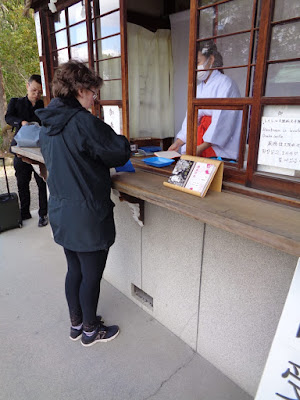 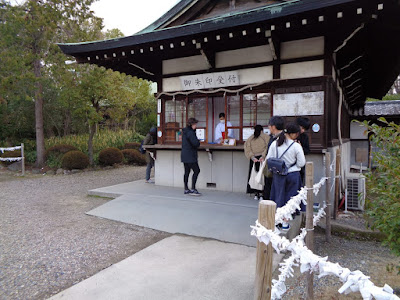 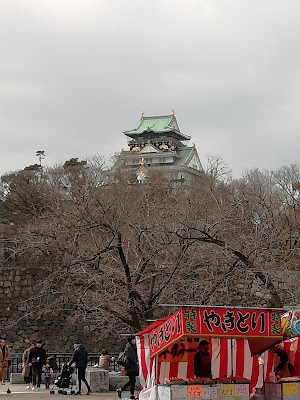 By that time it was nearly 2 so we hoofed it back to the eating places by Osaka station. Eventually we got a seat and a place to eat. I had nice beef and Mark had pizza! 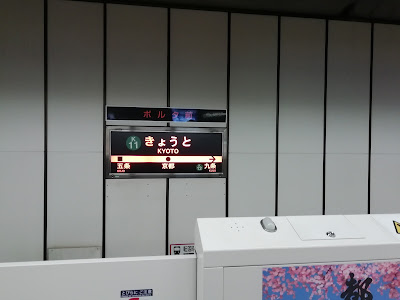 After making our way back to Kyoto I asked if we could stop in past the main Nomura tailor - silly question! fair amount of hello Kitty liberty in there! fab! plus some lovely postage stamp canvas. Off home to the hotel and another 7/11 supper :-)