We really have to get up a bit earlier! Still we had a nice brekkie again. After nearly forgetting my train pass we hot footed it to the train station using the Kyoto underground for the first time, cute but way smaller that Tokyo. When we got to Kyoto main train station we got our tickets, it takes about 2 hours to get to Hiroshima, another lovely train loads of leg room as per usual. We had to change at Shin-Kobe the clock below is from there, how beautiful! 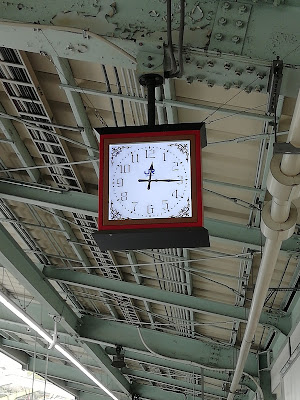 We had been very bold and bought Sushi to eat on the train. A lovely elderly man pointed out a castle to Mark en route. Arriving at Hiroshima we went to the tourist information center where Mark spotted that we could use our JR pass on the hop on hop off bus which takes you to the Peace Park. Hiroshima is a beautiful city, lots of rivers. It was bright and sunny day. The museum was amazing. 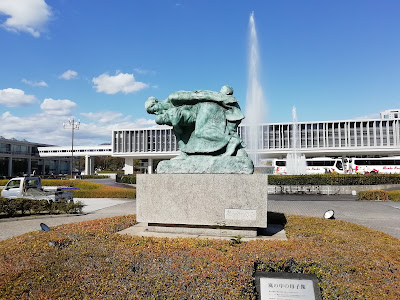 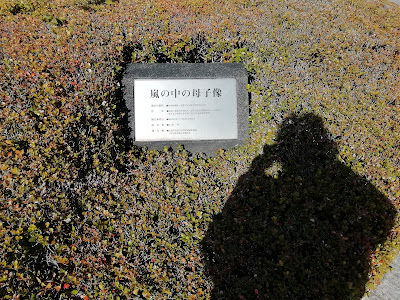 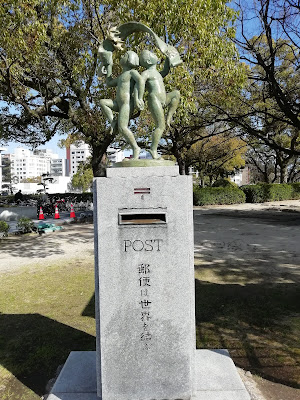 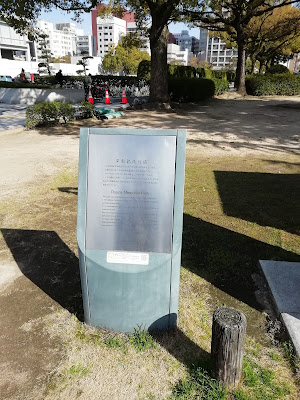 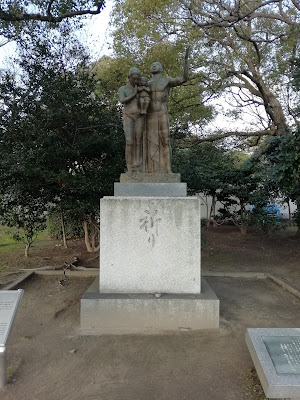 The stories and artefacts were amazing the fused bike .... the childrens clothes .... the stories, the unimaginable horror of it all. It was a bit too much to take in,  no pictures were allowed inside and to be honest i wouldnt want to take any, it just felt wrong.
Seeing the Bomb dome - below. was incredible. This was in the hypocenter of the blast but a lot of it is still standing. A scene and site of such imaginable horror. There was an old man there feeding the birds. It felt so beautiful but so sad at the same time. 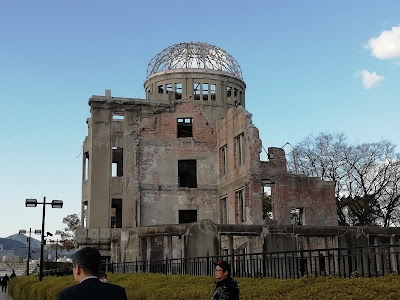 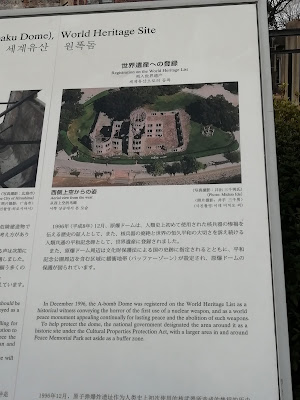 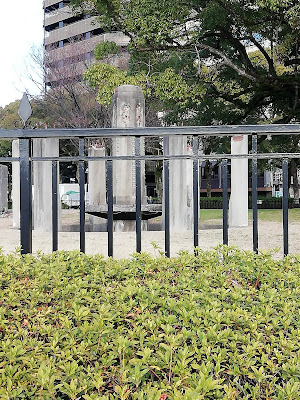 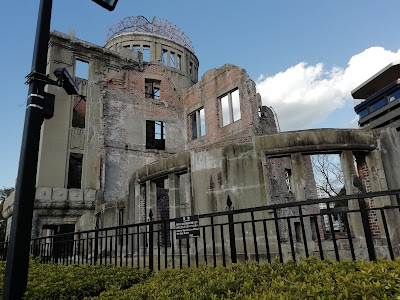 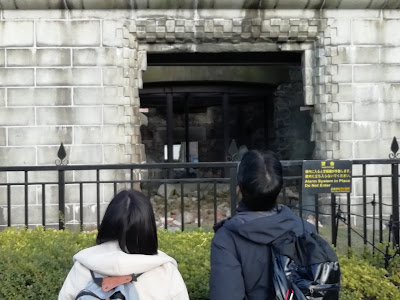 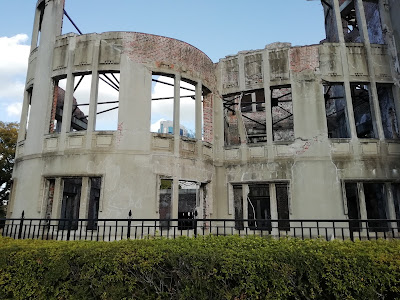 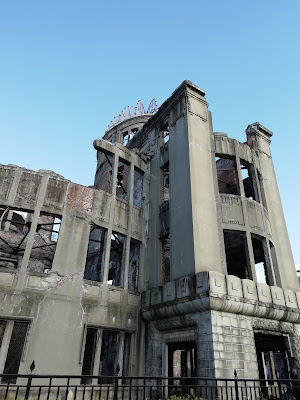 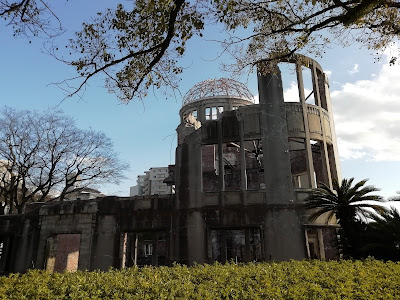 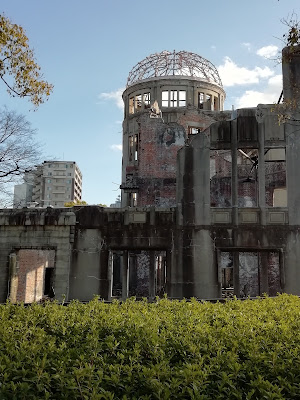 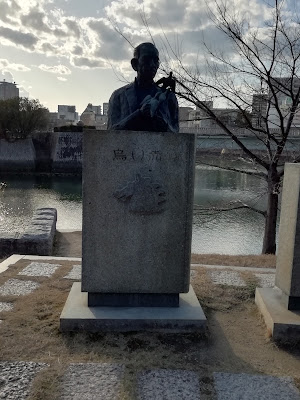 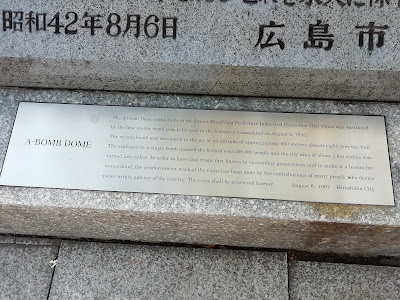 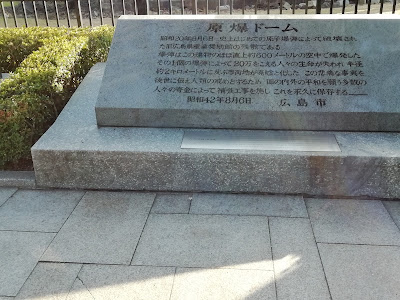 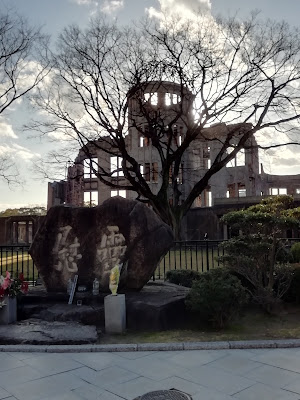 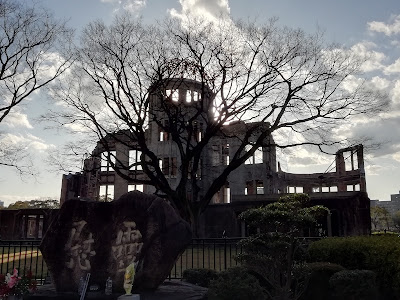 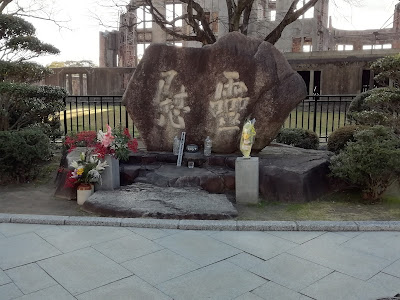 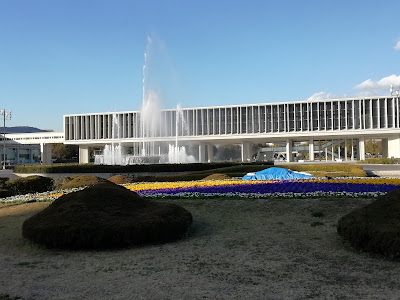 Back on our trusty hop on hop off bus we headed back to the train station. I had noticed earlier that the shop just by the station sold Hiroshima needles! of course! so i went in and got some. I adore these needles.
We also got some snax from our trusty 7/11 for the train :-) 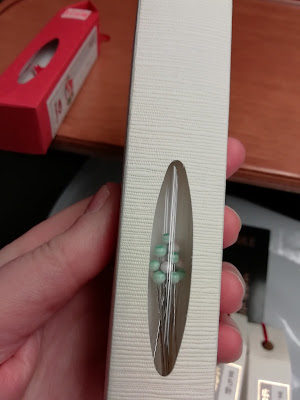 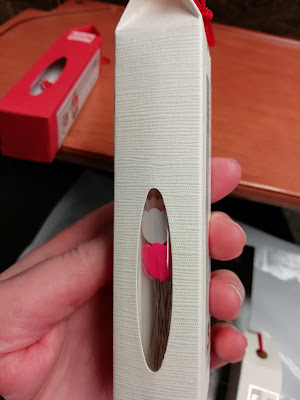