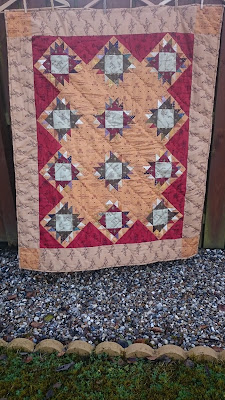 Pant pant I've had this done for ages but never got round to blogging about it, but I need it done as a finish a it was on my Q1 FAL list. I bought this American civil war fabric two years ago in Paducah, it's really not my colour palette at all but I grew to appreciate the ones on display at the show in Paducah so in I dived.b
I was amending slightly the original pattern as I didn't quite have enough fabric to make the whole quilt so I cut down the amount of blocks by about a third. I was all chuffed with myself as I wanted to use this pony express fabric as the whole alternate block so I needed to fussy cut it on the bias as so:
Fab eh? So then I started cutting the fabric for the centers of the star blocks which again were on point, I thought I was being ever so clever in getting the cannons and guns all fussy cut on point until I started putting the block together ..... I didn't need to cut the centers on point .... So hence the Tilty twirly cannons and guns ....
Hey ho, call it a design feature and claim it gives the piece extra movement! Any hoo I like it and it's a lovely reminder of a great trip. 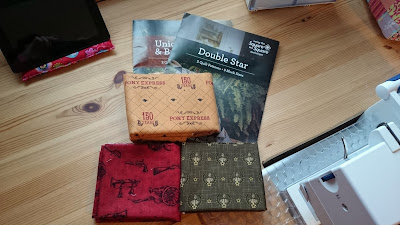 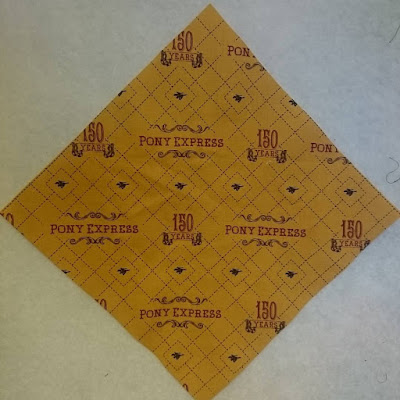 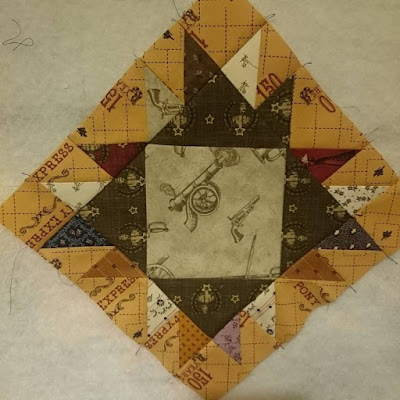