I thought I had posted a post, but it's not showing up and I can't find a draft? Was that a sign? The post was called 'Grumpy' because I was grumpy I had been working too hard and not spending enough time in the patchwork room.
Is this a sign? Were the blogging gods telling me not to be so negative? Or maybe I pressed the wrong button somewhere ;-)
Ok, let's be less grumpy and share some progress. All my Pile o fabric skill builder blocks are done! Rubbish pictures but the light here is so bad just now: 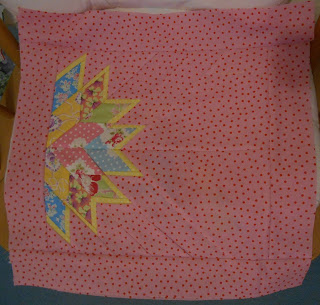 But, but but but, the best thing this week was the fabric delivery from Blossom heart quilts! PANDA SNOWMEN!!!!!!! Honestly life just does not get better:

I love twitter, you can find me on there @budsmam. I learn so much from it, personal and professional. You meet so many different people on there but one of my favourites is a little steiff teddy bear @henryandfriends. I have to say he is one of the wisest, friendliest twitter streams I have come across and that is without a word of irony. Henry perfectly summed up twitter bullying by saying 'if yoo don't ave nise werds, shut mowf' (his spelling isn't too good, but that is part of his charm). Henry always has nise werds.
Henry was so kind to me when my beloved dog Bud died, Henry is kind to everyone, look him up on YouTube his Tour de France video from last year is the sweetest thing I have seen.
To me Henry is sunshine, his tweets brighten up my day. He mentioned a few weeks ago that if we feel brown inside then we will be brown on the outside but if we feel yellow and sunshine inside then we will feel that in the outside.
This prompted me to get out these blocks which had been laying around for a while and make them up into a quilt, it will go to project Linus as do all my quits, I have called it Henry's sunshine quilt. 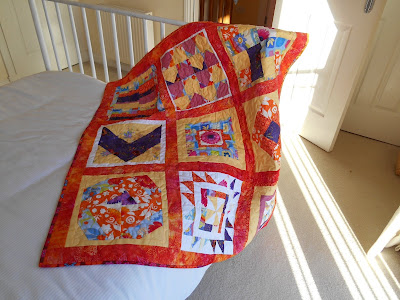 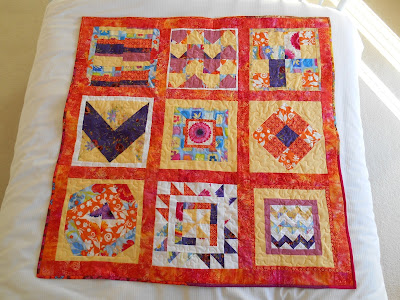